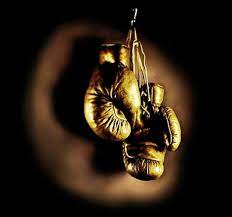 Glenn Anthony Griego, 60, passed away surrounded by loved ones on Wednesday, March 24, 2021, after a courageous battle with pneumonia and a stroke..

Glenn will be greeted with open arms into the gates of Heaven by our Lord, his wife Danette, sister Cherie, and many other family members. We ask them to give him a big hug and kiss from all of us.

Glenn was born on April 8, 1960 in Albuquerque, New Mexico. He was raised in Herford, Texas until the age of 15. Glenn joined a boxing club. His sibllings, along with many other family members, were always ready to support and cheer him on. They were his biggest fans! The family relocated to Albuquerque, where Glenn attended Garfield Middle School and Albuquerque High School. He played football as a punter. He received his GED at a young age. He lived with his Father and mother for many years. So many fond memories he leaves with them. He was and always will be their Golden Child. He was married and had three children. Glenn raised and spoiled his children. Cherie was daddy’s girl. We believe (LOL), we know she was his favorite. Family was very important to him. He enjoyed spending time with them and cherished making memories with them.

Glenn was a hard and dedicated worker. He was a Cement Mason/Finisher and a jack of all trades. He enjoyed helping with the animals on his family’s farm and was always ready to ride the bull (EL TORO) who bucked him off several times. He also worked with relatives in the sugar cane fields. Glenn had many friends, and was known as a chick magnet. For those who don’t know what this means Glenn was a JIGALO! He was a neighborhood monitor and was well liked by so many in the community. He was known to be a social butterfly. He was also always a jokester. His sisters-in-law and brother-in-law enjoyed his free spirit. His nicknames were "Flaco" and "Bruce Lee"

We were blessed to have him in our lives. We thank him for all the memories, laughs, tears, and joy he brought to each of us. 60 years with him was not enough. He will be greatly missed by all who knew him.

Glenn's love of life did not come to an end with his death. His loved ones will continue to honor his legacy by living their lives to the fullest.

Glenn's Rosary and Burial will be live-streamed on Salazar Mortuary's Facebook page. You do NOT need to have a Facebook account to view the live-stream. San Felipe de Neri will live-stream the Mass on their website. Please click the links below at the scheduled times.

Due to the COVID restrictions set in place by the Governor masks are MANDATORY to attend Glenn's Visitations, Rosary, Mass, and Burial. Salazar Mortuary has a capacity of 10 people allowed inside at one time and ask that attendees wait INSIDE of their vehicle until we are ready to escort in the next group. San Felipe de Neri Catholic Church has a capacity of 65 people allowed for the Mass. Mount Calvary is allowed to have 10 people at the graveside and asks that all attendees stand back in socially distant groups of 10.

To send flowers to the family or plant a tree in memory of Glenn Anthony Griego, please visit our floral store.